The Southeast Missouri University Foundation consistently says it isn’t the size of the gift that matters, it’s the impact. And, it would argue, all gifts have an impact to the futures of SEMO students.

That’s all true; however, large gifts also warrant recognition, especially when they increase giving to record levels. Research tells us women give differently than men: on average, they give more and give based on empathy for others. These would all be reasons for writing about the bequests of four women to Southeast this year, but the most poignant, interesting reason to talk about the gifts of Harryette Campbell, June Bartlett, and Fern and Wilma Harris is their love of Southeast Missouri State University and its students. 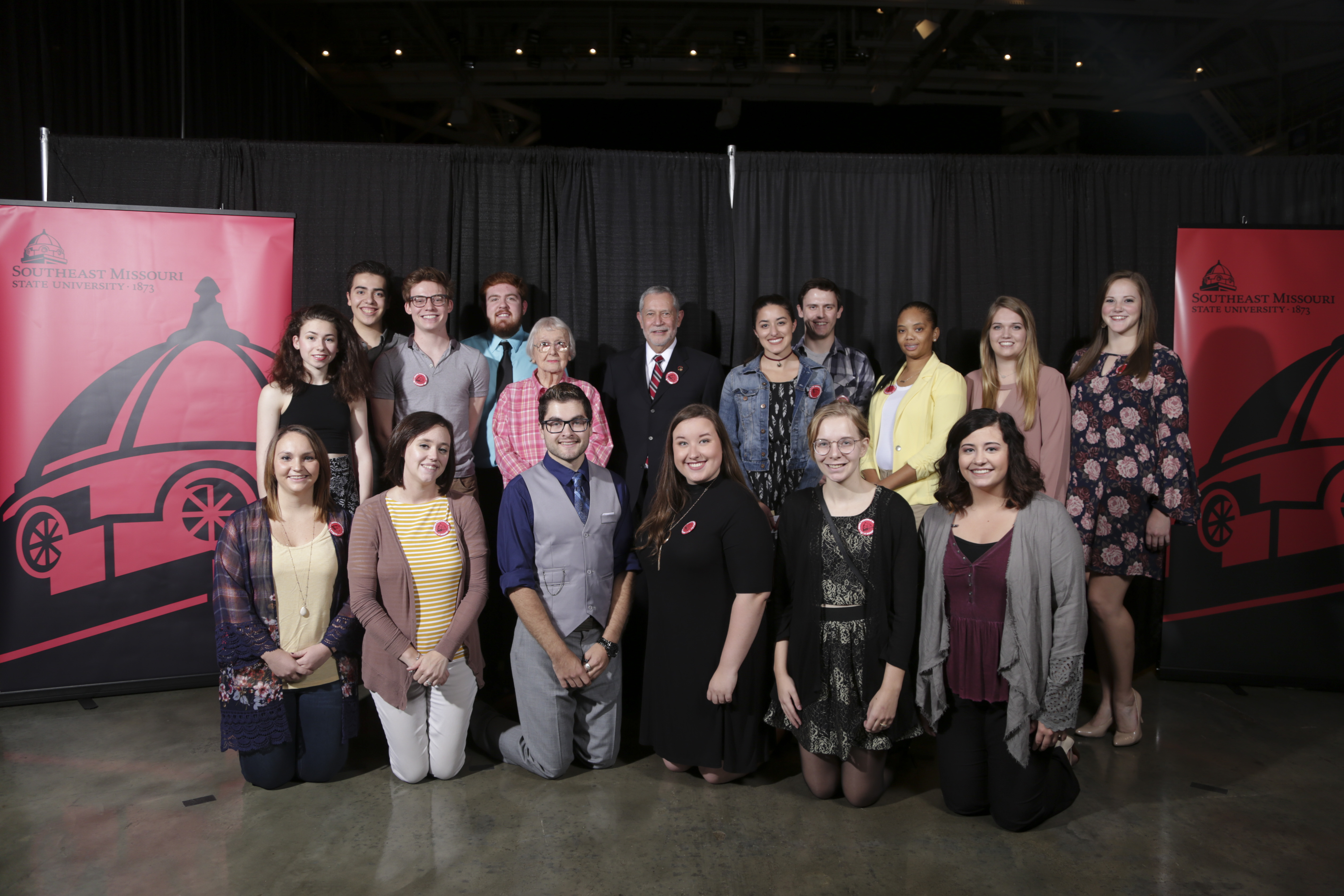 Harryette Campbell with the student recipients of her scholarship at the annual Copper Dome Scholarship Reception in 2017.

Harryette Campbell was not an alumna of Southeast, but she had an intense passion for Southeast. She grew up on a farm in Lilbourn and was the first in her family to earn a college degree. She returned home to partner with her brother in the cotton gin industry. Her value of education called her to give that gift to others.

Harryette endowed six different scholarships to help Southeast students pursue their love of history, anthropology, theatre, and agriculture, often seeking to award students from Southeast Missouri, and to study at the Sikeston campus. Her gifts have helped fund collections at the Crisp Museum and Harryette Campbell Days, which fund students who are studying abroad have the opportunity to experience the country in which they are traveling. Her scholarships have so far helped 161 students pursue their degrees and transform their futures.

“Harryette’s trust gave the University Foundation $1.5 million this year, in addition to $1 million she gave during her life. She asked that her bequest be distributed among the scholarships she has established,” says Dr. Trudy Lee, vice president for Advancement and executive director of the University Foundation. “She was such a special lady, and I treasured every visit with her and helping her find ways to make an impact for students in our region.”

Those impacts were certainly felt by the students who received the scholarships.

“This scholarship allows for a bit less stress on me and my family. My family is sending three first year students to college this year and so any help with finances allows us to get that much closer to taking out less loans and being able to afford college,” says SEMO student Deborah Dunning.

Alexis Orr echoed that sentiment, “Receiving this scholarship brings me one step closer to being the first generation, graduated university student in my family. Paying my own way through school has been extremely challenging, and I could not be more grateful.”

Fern and Wilma Harris had a combined 77-year career in education. Both women were alumni of Southeast. They grew up in Bollinger County on a farm that had by homesteaded in 1859 by their ancestors. It was that farm and their educational experiences that would compel them to give over $3 million from their trusts to scholarships they had established for students studying agriculture, business, and education at Southeast.

Their teaching careers began in a one-room schoolhouse in southern Cape Girardeau County. Wilma would teach in area elementary schools, ultimately retiring from Alma Schrader Elementary in Cape. Fern taught elementary and high school students in Missouri and Illinois before returning to Southeast as a faculty member in the College of Business where she retired after 19 years.

“Fern and Wilma cared deeply for their students and were committed to helping their students achieve success in life. I’ve been fortunate to meet several of their former students, many of whom became educators and business leaders in the Southeast Missouri area,” says Lee. “Just as Fern and Wilma credited Southeast with giving them an excellent foundation for their careers, they are well remembered by those whose lives they touched. The Harrises will continue that impact on many more through their generosity.” 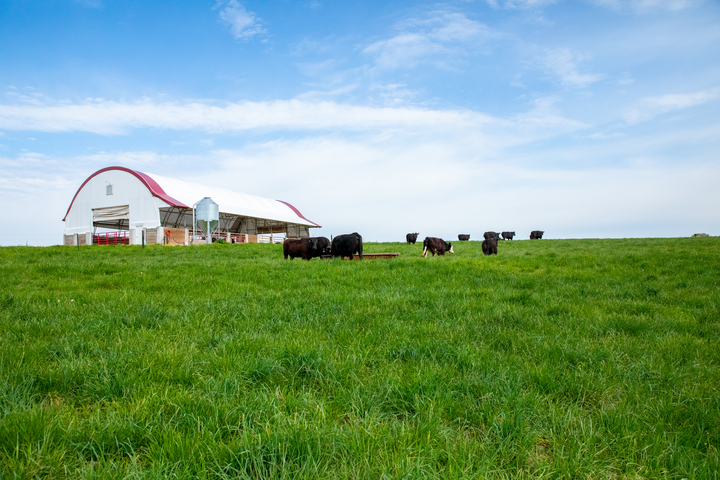 In 2009, June Barton gave Southeast the largest single gift in its history at that time to benefit the Department of Agriculture students and the University’s research farm. The farm would be dedicated the David M. Barton Agriculture Research Center in memory of June’s husband.

“The gift for the Barton Research Farm ensures it will always have the resources needed so our students can do cutting-edge research and have access to scholarships to study agriculture,” says Lee.

June graduated from Southeast in 1963 with a degree in elementary education. She and David were supporters of Southeast for many years, establishing scholarships and contributing to the Greenhouse and the River Campus.

Through her trust, June Barton designated an additional significant gift to support the University, which has totaled $3.5 million so far this year. Additional funds are expected before the end of 2022, which will bring June’s lifetime gifts to $7 million.

“It really is easy to let the magnitude of the gifts overshadow those who gave,” says Lee. “But the magic of these gifts is to know each of these four intelligent, spirited, caring women and to know their legacies will live on at Southeast forever in the students who are able to study in these fields and go on to make legacies themselves because of their education. I can’t think of a more fitting tribute for these women.”